Today, I was going through my Facebook newsfeed and spotted this cover that was revealed on USA Today:

Whaat??  You don't even know how excited I am for Just One Year!
I haven't exactly reviewed Just One Day yet, but I will say that it was a pretty good book.
It had the right setting (what's more romantic than Paris?  It might be a bit overplayed now, but still.)
It had the right mysterious boy (who happened to be Dutch)
And it had a great, bittersweet story.
Oh, it also had some romance, and being a sucker for romance, I really liked it :)

USA Today also posted an excerpt of Just One Year; so, if you're interested in it, then you can read it here.

Look for this cover on shelves in October of this year!

Waiting On Wednesday is a weekly feature, which is brought to you by Jill at Breaking the Spine! This meme is where you can post about what book(s) you're really look forward to.

This week, I absolutely can't wait for... 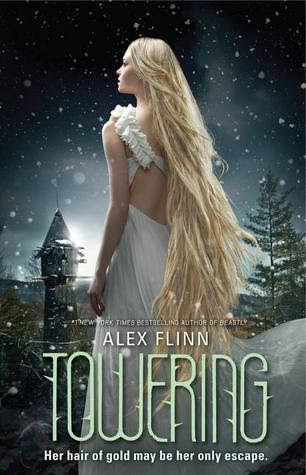 At first, I merely saw his face, his hands on the window ledge. Then, his whole body as he swung himself through the window. Only I could not see what he swung on.Until, one day, I told my dream self to look down. And it was then that I saw. He had climbed on a rope. I knew without asking that the rope had been one of my own tying.Rachel is trapped in a tower, held hostage by a woman she’s always called Mama. Her golden hair is growing rapidly, and to pass the time, she watches the snow fall and sings songs from her childhood, hoping someone, anyone, will hear her. Wyatt needs time to reflect or, better yet, forget about what happened to his best friend, Tyler. That’s why he’s been shipped off to the Adirondacks in the dead of winter to live with the oldest lady in town. Either that, or no one he knows ever wants to see him again.Dani disappeared seventeen years ago without a trace, but she left behind a journal that’s never been read, not even by her overbearing mother…until now. A #1 New York Times bestselling author, Alex Flinn knows her fairy tales, and Towering is her most mind-bending interpretation yet. Dark and mysterious, this reimagining of Rapunzel will have readers on the edge of their seats wondering where Alex will take them next!

I cannot wait for Towering!  I've always really liked Alex Flinn's modern re-tellings of fairy tales that we've grown up listening to and reading about.  This one sounds super cool though because this time it's Rapunzel's turn to get her modern twist!

What are you waiting for today?

*Description and cover from goodreads.com
Posted by Cleo at 8:03 PM 5 comments:

Cover Crush (8): The Chaos of Stars

Cover Crush is a feature here at Booklopedia that features covers that I currently have a crush on. I know that there are multiple features out in the blogging world that feature covers, but I thought that it would be nice for Booklopedia to feature something, especially something that I absolutely love about covers, even though they always say, "You should never judge a book by its cover."

Today, I'm absolutely infatuated with the cover The Chaos of Stars by Kiersten White! 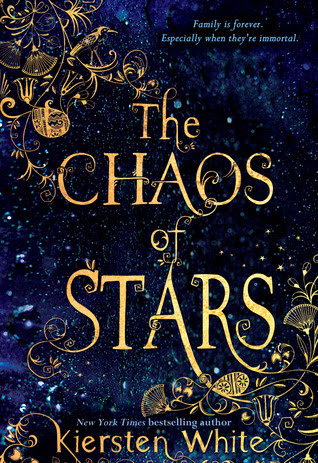 Isadora’s family is seriously screwed up.

Of course, as the human daughter of Egyptian gods, that pretty much comes with the territory. She’s also stuck with parents who barely notice her, and a house full of relatives who can’t be bothered to remember her name. After all, they are going to be around forever—and she’s a mere mortal.

Isadora’s sick of living a life where she’s only worthy of a passing glance, and when she has the chance to move to San Diego with her brother, she jumps on it. But Isadora’s quickly finding that a “normal” life comes with plenty of its own epic complications—and that there’s no such thing as a clean break when it comes to family. Much as she wants to leave her past behind, she can’t shake the ominous dreams that foretell destruction for her entire family. When it turns out there may be truth in her nightmares, Isadora has to decide whether she can abandon her divine heritage after all.

The thing that really caught my eye was the intricate gold detail on this cover.  It definitely has that sort of Egyptian feel.  The galaxy background really contrasts with the gold details on the cover to make them stand out to anyone who sees it.  The little tendrils coming off of the letters in the title and author's name add a cool touch to the cover as well.  The one thing about this cover though is that I find it rather similar to the cover for For Darkness Shows the Stars by Diana Peterfreund.  Nevertheless, the cover is really beautiful, especially with all the gold detailing.

What do you think about this cover?

*Description and cover from goodreads.com

I hope you have a Happy Valentine's Day filled

with candy and all that yummy goodness!

Have you noticed the lack of posts since the beginning of the New Year?

You can blame it on my bad case of a reading slump.

I have been on the same book for the past month.

This is not good.

So, for any of you who have gone through a reading slump,
do you have any magical cures that will
get me over mine?

Other than that, Happy Valentine's Day! 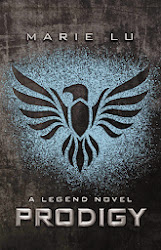